You are seeing offers and suggestions based on your location

Thanks everyone for the positive messages about my new film The Big Ugly.

As they say, it’s on a screen near you, and the reaction after the UK premiere last week has been great. We staged it in front of friends and family, which was special. They all loved it - and now it’s about telling the world!

It means a busy time, but exciting. We’ve got great plans for our new production company and The Big Ugly is just the start. Catch it at the cinema or download it at home, I promise you’ll enjoy it. We certainly enjoyed making it - and hopefully that shows.

It was a privilege to work with Ron Perlman and Malcolm McDowell, two brilliant actors who’ve done everything in the business, but we also had some cracking young actors in Nicholas Braun, Leven Rambin, Brandon Sklenar and Lenora Crichlow.

All will go on to great things I’m sure and hopefully we’ll all work again together soon - how about a prequel with me and Malcolm on the streets of London? What do you think, Scott?

Scott Wiper wrote The Big Ugly and is one of my best pals and partners in the business. He’s got some great plans also and we’ve had talks about another project with myself and a certain Rhianna playing the lead. Sounds good to me!

What didn’t sound good over the weekend was hearing Watford had been relegated. That gutted me. It’s my boyhood club - I was born overlooking the ground and was brought up in the area. All I can hope is they return to the big-time quickly.

Congratulations to Liverpool again, also to Man City, Man United and Chelsea after making the Champions League places. I think Ole and Frank deserve great credit as young managers who’ve been in difficult places this season but come through it.

We’ve still got the FA Cup to come - a chance for Arteta or Lampard to get their hands on some silverware - and I just favour the Blues at Wembley in a tight game. Then it’s the Champions League re-start - and I’ll be back for some more top tipping!

Vinnie Jones’ Team of the Season 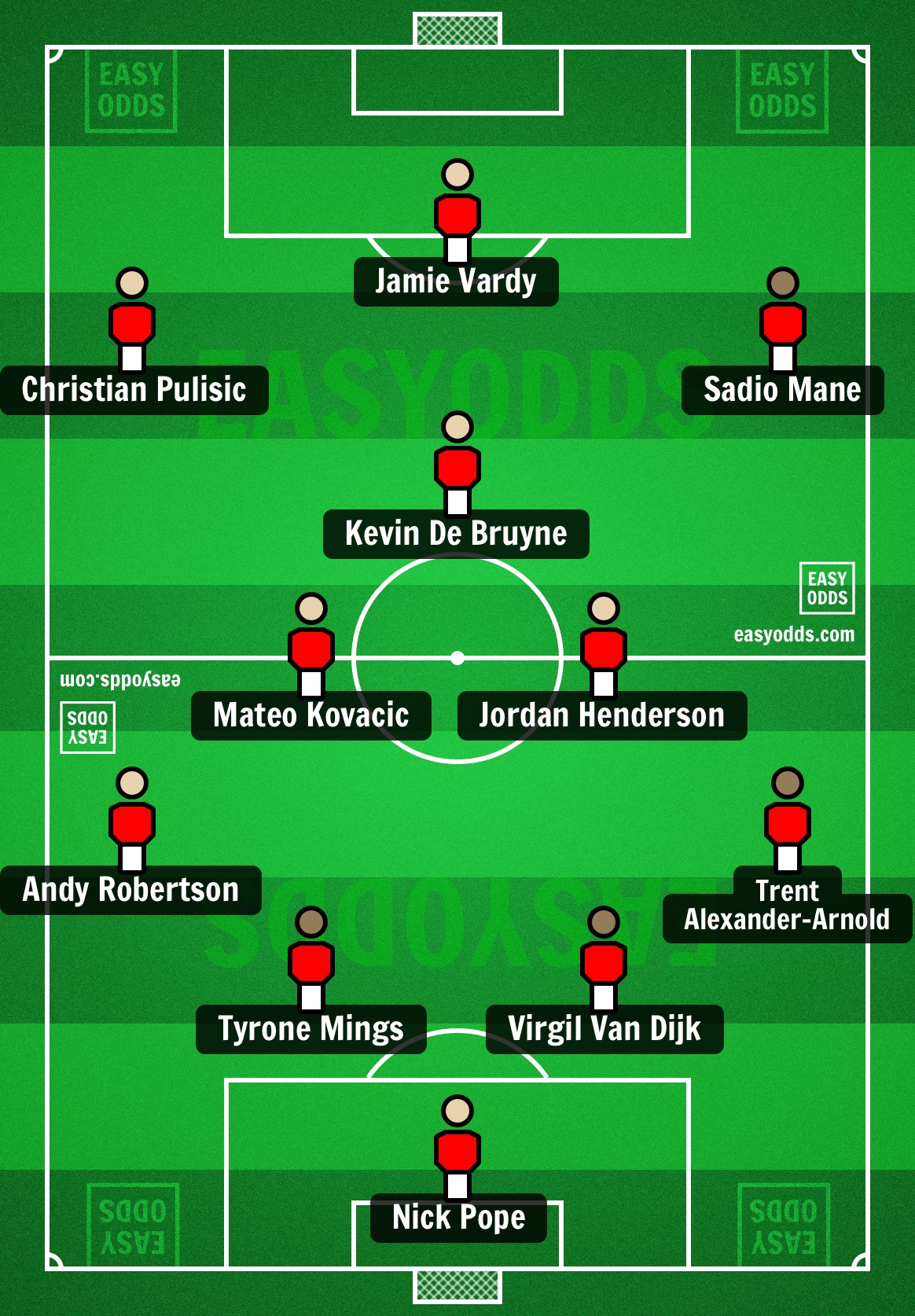 But we can’t let the Premier League go without Vinnie’s teams of the season - this week I’ve got my best Premier League XI and next week I’ll do a Young Players XI. There’s some outstanding young talent out there just now, so watch this space.

As for this season’s top performers, it’s got to be Nick Pope in goal. The Burnley ’keeper has been solid when you compare him to De Gea and Kepa and I’d just have him between the sticks ahead of Rui Patricio at Wolves - both have been really consistent.

The centre-backs are Tyrone Mings and Virgil Van Dijk. Mings is one of the most improved defenders in the Premier League and without him Villa would have definitely gone down. Van Dijk picks himself - the guy is just different class. The best there is.

They are both brilliant going forward and so much of their attacking threat comes from them. Both can whip the ball in and there’s not a better free-kick specialist around than young Alexander-Arnold. Chances are he might appear next week, too!

Surprise, surprise, we’ve another Liverpool player in midfield with Jordan Henderson. He’s definitely player of the year in my book, such a driving force for that team on and off the pitch. The lad is clearly hardworking and represents Liverpool so well.

Alongside Henderson, I’m going with Mateo Kovacic. The Chelsea midfielder had his best season yet and, like, Henderson he drives the ball so well. He turns defence into attack quickly and has been one of Lampard’s most important players.

Kevin De Bruyne sits just behind the front line and must be in EVERY team of the season. This kid is just outstanding, a wonderful player. He carries a serious goal threat, opens teams up with his passing left or right, and his assists record is second to none I’d imagine. Unreal.

There’s plenty of pace in front of him, too. He’ll be sending Christian Pulisic and Sadio Mane on their way - all day long. Pulisic has filled the huge hole left by Hazard and Mane’s 18 goals went some way - a long way - to making Liverpool champions.

Up top, it just has to be Jamie Vardy.

Leicester might have missed out ultimately, but they were there because of Vardy. He won the Golden Boot with 23 goals in the season - not bad for a 33-year-old! He’s the oldest player to do it and, just like me, came through the non-league ranks.

Jamie’s story is a great one. It might have been even greater had they made top four, but it was still a great season for him and Leicester in difficult circumstances. I’m sure they’ll regroup and go again next season - taking on Leeds now among others!

My Leeds pals are still sobering up I reckon after their celebrations, but Bielsa is already focused on next season - and it’s not far away. The new season starts on September 12 with the fixtures out next month. Now, where are those odds . . . ?

In the meantime, keep safe all - and don’t forget to catch The Big Ugly!

18+ | Place a bet on selected matches, and if your bet loses, and the final ball of the match is hit for a boundary, we’ll refund you with a Free Bet matched to your stake up to ₹1,000. Max Free Bet awarded: ₹1,000. Bet must be placed on odds of at least 1.50 (1/2) to be eligible. One Free Bet per customer, per match. First eligible bet placed will be refunded if it loses and the final ball is hit for a boundary. In the event of a Super Over, the last score in the Super Over will count towards the promotion, regardless if the last score in the main match is a boundary or not. Bets placed with Free Bets will not be eligible. The refund will be credited as a Free Bet within 24 hours of the relevant match ending. Only accounts registered in India are eligible for this promotion

Up to 70% bonus for accumulators on selected leagues at bet365

Applies to pre-match accumulators of 3+ selections on the standard Full Time Result, Both Teams to Score or Result/Both Teams To Score markets only. Bonus percentage is dependent on number of selections. Bonus capped at €100k and applied to returns. Bet restrictions and T&Cs apply. New and eligible customers only