Have a look at this team, folks.

It’s my Premier League Young Players XI and, if you're an England fan especially, it’s something else. With the bones of this team, I reckon football really is coming home. Get it ready again Baddiel and Skinner, because this time we’ll definitely get it right! 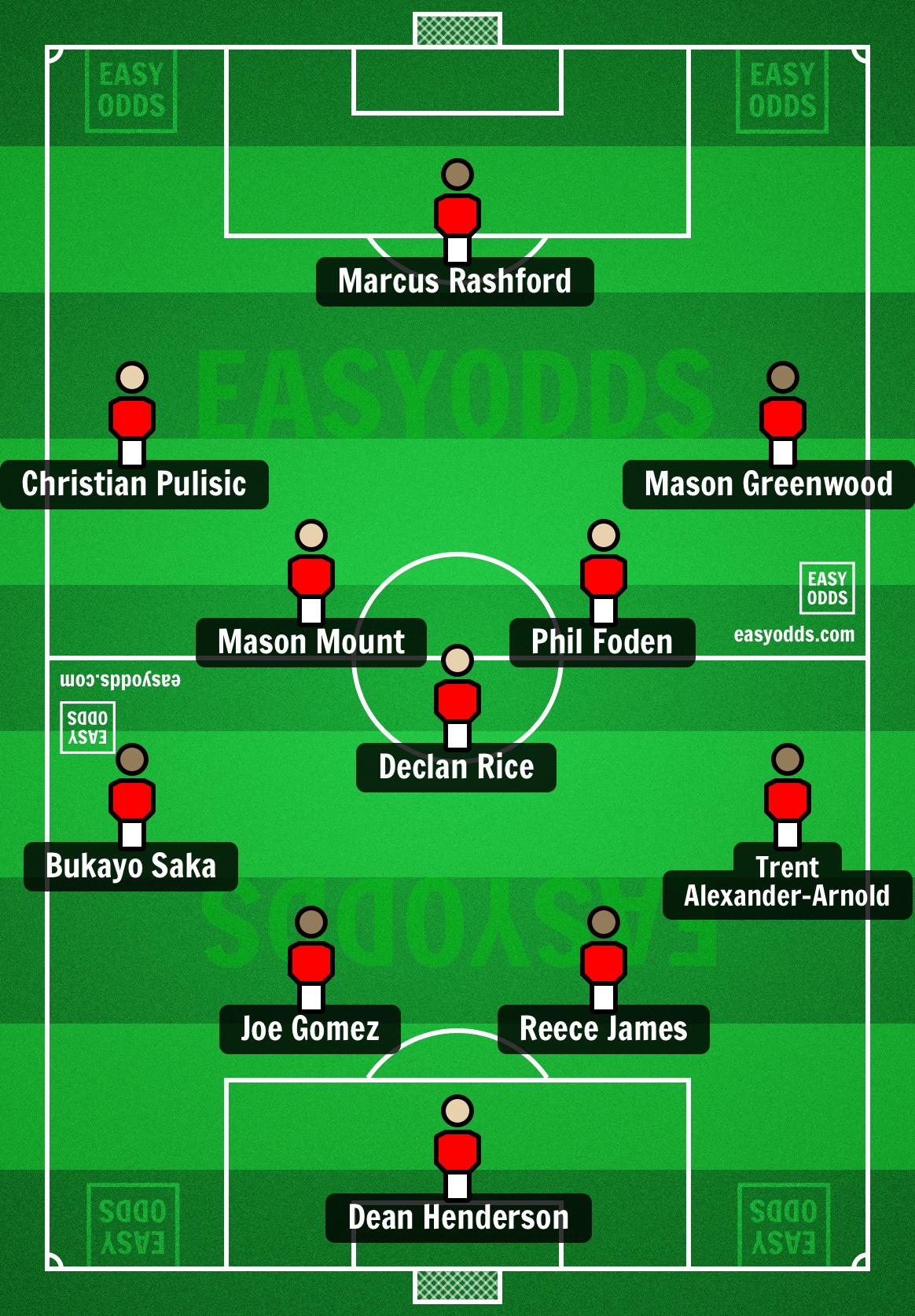 Gareth Southgate has got a decent team already, but looking at these names it’s going to get even better. These players are in the Premier League - now! They’re making their names in brilliant teams such Liverpool, Man City, Man United, Chelsea and Arsenal.

But it’s a goalkeeper who’s made his name at Sheffield United this season who’s between the sticks in my Premier League Young Players XI.

Okay, I know he’s on loan from Manchester United but credit to Chris Wilder for giving Dean Henderson the chance to make his mark in the Premier League and already people are calling for him to replace De Gea at Old Trafford. That says it all.

In front of Henderson, I’m going for a centre-back pairing for Joe Gomez of Liverpool and Reece James at Chelsea.

Gomez has come of age alongside Van Dijk at Liverpool and gave Klopp’s red army the base to become champions, while James might be better known as full back for the blues but was their youth team captain at centre-back. He’s another talented boy.

My full-backs are pretty tasty, too. Left side I’m going with Bukayo Saka. The Arsenal lad can play on the wing, but has done great when he’s been asked to get involved by Arteta and he’s an FA Cup winner now, too.

And what more can you say about Trent Alexander-Arnold? He makes both sides for me - a key player in my all-aged Premier League XI last week and a possible captain for this Young Players XI. Technically gifted, lightning fast - and those free kicks. Wow.

It’s between Trent and Declan Rice for the captain’s armband - and in the middle of the park West Ham’s CDM might get just it.

He’s grown up this season, a real powerhouse alongside the experienced Mark Noble - similar to Gomez with Van Dijk next door to him - he’s grown into the role. Rice is everywhere and it was his drive which got the Hammers away from relegation.

In front of Rice will be his great mate Mason Mount of Chelsea and Phil Foden of Man City.  These are absolute gems of players with the keys to unlock defences - both brilliant on the ball and given their chance this season by Frank and Pep. They’ve taken it and pushed on.

And you can see the sort of balls they’ll be threading through to my front three - Chelsea’s Christian Pulisic coming in from the left, Man Utd’s Mason Greenwood coming in from the right - with teammate Marcus Rashford up top. Boom!

Pulisic has gone some away - a long way - to helping the Londoners get over losing Eden Hazard, while Greenwood has been a revelation. He’s been a massive reason why Man Utd had such a great finish to the season to finish third. A natural goal scorer.

And that’s what Rashford is, too. We’ve seen a different side of Marcus this year with his campaigning off the pitch, and he deserves all the credit in the world. He put MP’s right on free school meals - and next season, with Sancho feeding him, he wins the Golden Boot?

Okay, that’s for another day, but that’s some Young Players XI - and have a look at some of the names on the bench. All of these lads could push my first XI for places and will also come on bundles next season, just watch.

There’s loads of talent out there - and we’ve got more on the way. Dortmund’s Jadon Sancho will play Premier League next year, probably for Ole at Man Utd, and then really cement his place in the England team at the same time.

Southgate can’t believe his luck I bet. The next generation really do look the part.

Looking the part in the Champions League are Barcelona and Bayern Munich and both should progress this week as project restart sees the best in Europe do battle again. We’re on the second legs of the Round of 16 - I know, it’s been a while!

It’s all quite crazy, but these are crazy times. We’ve got a situation where finishing off the Round of 16 clashes with the start of next season’s Champions League - Ireland’s Linfield play the champions of San Marino - a team called Tre Fiori - on Saturday!

Check out my predictions below including a fascinating clash between Man City and Real Madrid. This is Pep’s chance for glory in the Champions’ League with City and I reckon they can go all the way. It should be a great match-up between two great sides.

There’s only three majors this year. We lost the British Open to the pandemic but stateside they plan to play the USPGA, the US Open and the Masters. They’re behind closed doors in San Fran - but that’s not going to bother my tips for the top.

Actually it should help Bryson DeChambeau. He’s erratic at times, but also brilliant at ripping up a course and, with no crowd to wind him up, can be bang there, as should rising star Collin Morikawa and our own Tommy Fleetwood. He finished the St Jude well.

I’m still getting great feedback from my new film The Big Ugly. We launched in the States last week and the guys have done some fantastic work spreading the word - I’m getting an expert on these Zoom interviews, you know!

I’ve done ones with both Ron (Perlman) and Michael (McDowell) in the last week, which we put on Insta - both the guys have been great and bought into the whole project. Hopefully, there’s more to come. We’re certainly working on it.

It’s actually been a rollercoaster few weeks. I’ve been doing the ‘rounds’, remotely of course, for The Big Ugly, but I’ve recently finished recording the audiobook for my new book - sorry, our new book - Lost Without You: Loving and Losing Tanya.

That was tough to do in parts, but beautiful to do in others. Everyone knows Tans was my soulmate and I’m hoping this book, which has certainly helped me, can also help others who’ve experienced grief and loss. It is published on September 3.

Keep safe everyone and, no apologies for reminding you again, don’t forget to catch The Big Ugly!

Sign up to Easyodds to use our odds comparison service for all your betting choices!

You can grab any new customer offer in our free bets section to place a wager on this match. Thank you for reading and good luck betting today!

Get all the best Premier League odds at our extensive football betting centre.