You are seeing offers and suggestions based on your location

Vinnie Jones: I’m not doing I’m a Celeb while Leeds are this good

I played for Wales, captained Wales - and Jones is my name. I love the country and the people of Wales. The Welsh people sing well, they can throw a rugby ball like no other - and the scenery is something else.

But there’s no f****** way I’m heading to Wales for I’m A Celebrity . . . Get Me Out Of Here! So put down those newspapers and magazines and rest assured the gossip columns are wrong. Don’t believe everything you read.

So yes, here and now, I’m telling the good people of easyodds.com - who follow my weekly columns on all things sport - it ain’t happening folks. Not for me. Gwrych Castle is definitely not for me.

I know you saw me on Celebrity X Factor with Simon Cowell and Dermot O’Leary, which was great fun - but not this. I like my freedom too much, so I’d probably lose it being told what to do and being locked in - or buried, or whatever they do.

Good luck to all those taking part. Maybe when they head back to Australia - it’s warmer there - I’ll think about it. Or maybe not!

In any case, I’m busy here with a few projects - and my Instagram followers saw the script arrive last week for Rise of the Foot Soldiers: Origins.

I’m looking forward to joining the lads - Terry Stone, Craig Fairbrass and Roland Manookian - and getting started on this. It’s a great series of films with a cult following - and I knew a few of the lads portrayed back in the day. Not that well, of course!

Check out a few behind-the-scenes snaps from the set. 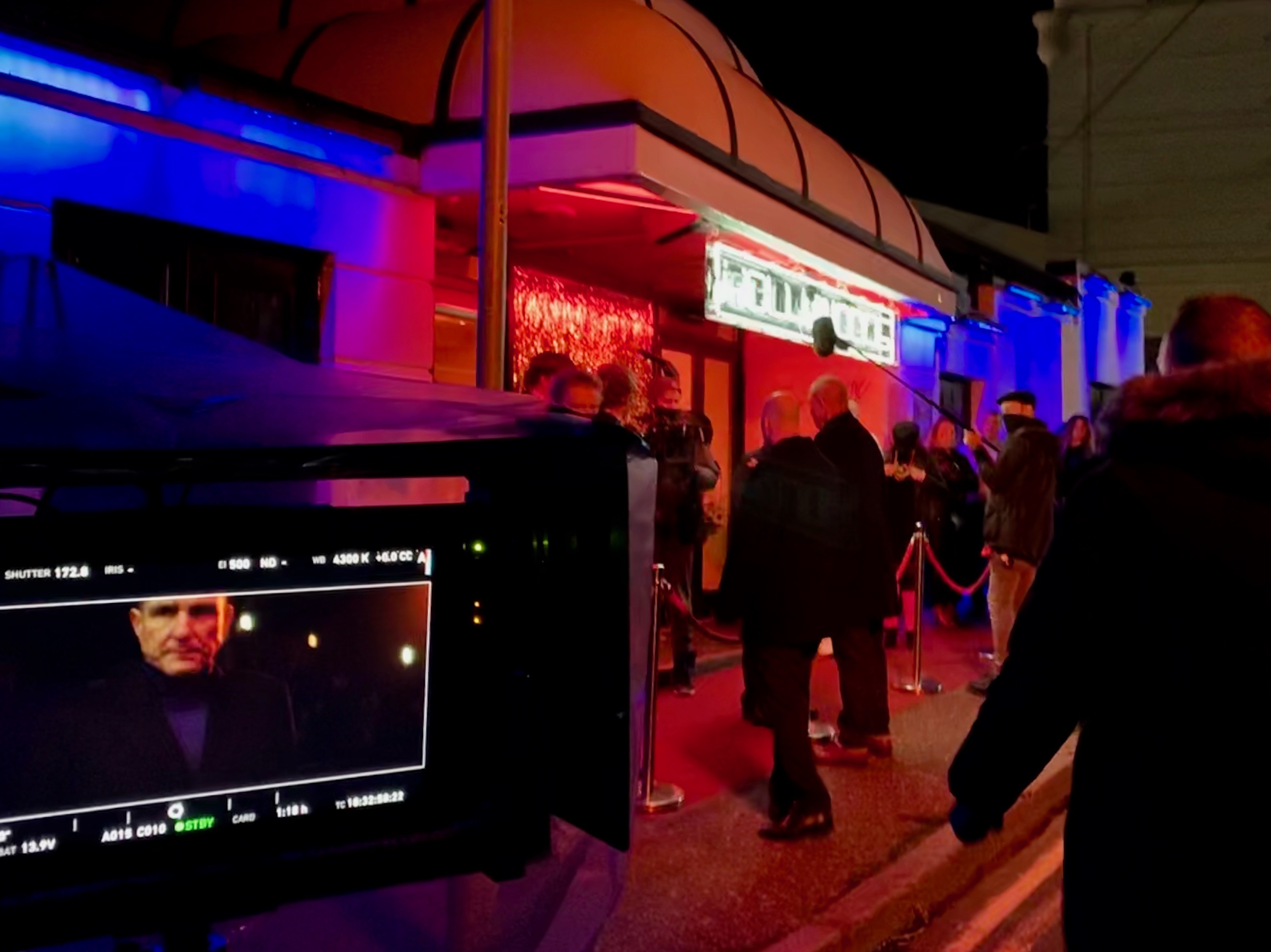 That’s work - and I’m lucky to have a job I love - but sitting back and watching Leeds do the business gives me great pleasure these days, too. Why would I go on I’m a Celeb when Bamford and the lads are this good?

I told you last week they’d beat Villa and that was a thumping three-nil win away from home. Patrick Bamford’s hat-trick is up there with the very best I’ve seen - have another look - it was fantastic skill from the lad. Just outstanding.

I’ve known the family for years and they should be very proud. There are some fools out there who wondered whether Patrick could make the grade in the Premier League, but he’s up with the best around and will score plenty more this season.

It’s Leicester at home next for Leeds for the Monday night game. It’s another tough game for Bielsa and the boys against a back-in-form Brendan Rogers team after Vardy grabbed the points at Arsenal, so I’m going for a lively score draw here.

Well done again to West Ham. They fully deserved that point against Man City last week and now tackle Liverpool, which means tough back-to-back games for the Hammers. I reckon they’ll make it tough for the Reds again, but it’s a Liverpool win - just.

Frank Lampard will have been delighted with a third clean sheet in a row for Chelsea against United at Old Trafford. The Blues should have got a penalty with Maguire on Azpilicueta, although the lad’s confidence would have been shot had that gone against him, too!

Either way Lamps is building from the back now - so once the boys up top start banging them in again, they’ll be fine - and too good for Burnley this weekend.

I fancy Man United will get the better of Arsenal in the eye-catching game on Sunday. It doesn't have the bite of Sir Alex and Wenger or Keano and Viera going head-to-head, but I reckon a cagey United against Chelsea might step up against the Gunners.

LET’S quickly look at the other major events events this week catching my eye.

Some of the world’s top golfers have got it tough this week with the Bermuda Championship on the PGA Tour and the Cyprus Open on the European Tour. Nice work if you’re good enough!

It’s Halloween on Saturday so a special fight on fright night from Wembley between Oleksandr Usyk and Dereck Chisora - it looks a crackerjack affair.

I’m a big fan of ‘War’ Chisora, but Usyk looks like a James Bond villain - with a nasty twinkle in his eye. I’d have him, of course . . . okay, maybe not, but I’m not sure Dereck can get to him. I’m going with Usyk on points.

FINALLY, have a look at this boys and girls - Vinnie Jones: Dog Tipster Extraordinaire.

I’m currently third in a tipping competition hosted by Star Sports Bookmakers around the Greyhound Derby, a race I’ve twice had a runner in the final in with Smoking Bullet back in the day.

The 2020 final is this weekend at Nottingham and I’m going with the Irish to win it again. They won it last year and I think Deerjet Sydney might beat the favourite Southwood Jet, but it will be close.

Either way catch the latest scores in the tipsters’ table - yes, I’m having a blinding Greyhound Derby, folks - and catch all my selections later this week here.

Good luck all, enjoy your sporting week and stay safe.

Up to £100 in Bet Credits for new customers at bet365.Min deposit £5. Bet Credits available for use upon settlement of bets to value of qualifying deposit. Min odds, bet and payment method exclusions apply. Returns exclude Bet Credits stake. Time limits and T&Cs apply.